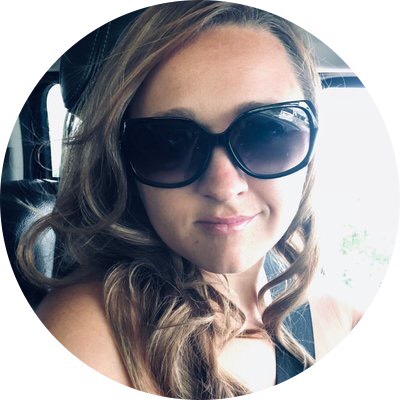 I figured youâ€™d at least open the blog post to read it if the title was as scintillating as I hope the content will be. Hope, being the key word here. Sadly, you wonâ€™t find any photos of me exposing myself. (Sorry!) If youâ€™ve gotten this far, I applaud you because itâ€™s about as far as Iâ€™ve made it myself.

Iâ€™ve debated about where to start and wonder what kind of story about myself I should share with you. First, I debated about writing that Iâ€™m just a simple girl who was born in Wisconsin (hence the cheesehead blood running through my veins- GO PACKERS!). Maybe Iâ€™d share that I grew up poor, the middle child of seven (with three brothers and three sisters, two parents, a dog, a couple cats that mysteriously disappeared (Sprinkles? Where are you?!) and a partridge in a pear tree.) in the woods of Minnesota. It was very exciting. It sounds sarcastic because it is. But, at the same time, I wouldn’t change it for the world.

Then, I figured maybe Iâ€™d skip all that and just share that since I could read, Iâ€™d been reading everything in sight. Iâ€™d ride along with my entire family to town every weekend and get dropped off at the library to peruse thousands of books, bring home somewhere around 30, read them all and then bring them back the following week just to do it all over again. I was a huge Nancy Drew fan and devoured every single one of every single series. I only wish theyâ€™d come out with an entire Nancy Drew Library because Iâ€™d buy them all and read them and share them with my kids.

After I nixed that idea, I thought, â€œI know! Iâ€™ll talk about my obsession with sex and my dirty mind!â€ Fucking brilliant, if you ask me. A new romance writer talking about how she came to write about a favorite subject of hers? What a novel idea! (Pun intended hahahah!) Oh yeah – Iâ€™m also full of really bad puns, some even worse ones, and some pretty epic ones thrown in there at rare times (very, very rare timesâ€¦..very.)

So, then I decided, (just now, after I wrote all that) that Iâ€™d have to share all of those things because they are all true and all have brought me to this place where I am right now. Iâ€™ve always had story ideas in my mind and I often live in a fantasy world in my head that no one ever really sees. I talk aloud to myself all the time (much to the annoyance of my husband because heâ€™s always listening hahaha. Itâ€™s really fun to annoy him unintentionally.) murmuring made up conversation between me and people who donâ€™t exist in real life, but only in my mind.

Ahem, anyway, Iâ€™ve read a ton of books over my entire life and I came across a particularly awful one back in 2015. It was so awful that I donâ€™t even remember the title, the author, or what the hell it was even about. I only remember that it was a romance novel (my fave!). My first thought was, UGH, I canâ€™t even finish this! (So I didnâ€™t!) Then my second thought was, how in the WORLD did this crap get published? Then my third thought was, if THIS can get published and distributed to the masses, then I could totally write something a hundred times better and publish it. Why the hell not? I put my money where my mouth was and sat down and began to write. This was when Tempted to Stay was birthed from the womb of my insane, scatterbrained mind. (Sounds horrifying, I knowâ€¦.because it is.)

Ok, so thatâ€™s me in a nutshell. Stay tuned for my next post where I discuss how a writer like me, who had never written a novel before, sat down and wrote a book. Itâ€™s very Kryst-esque. Youâ€™ll want to read it!