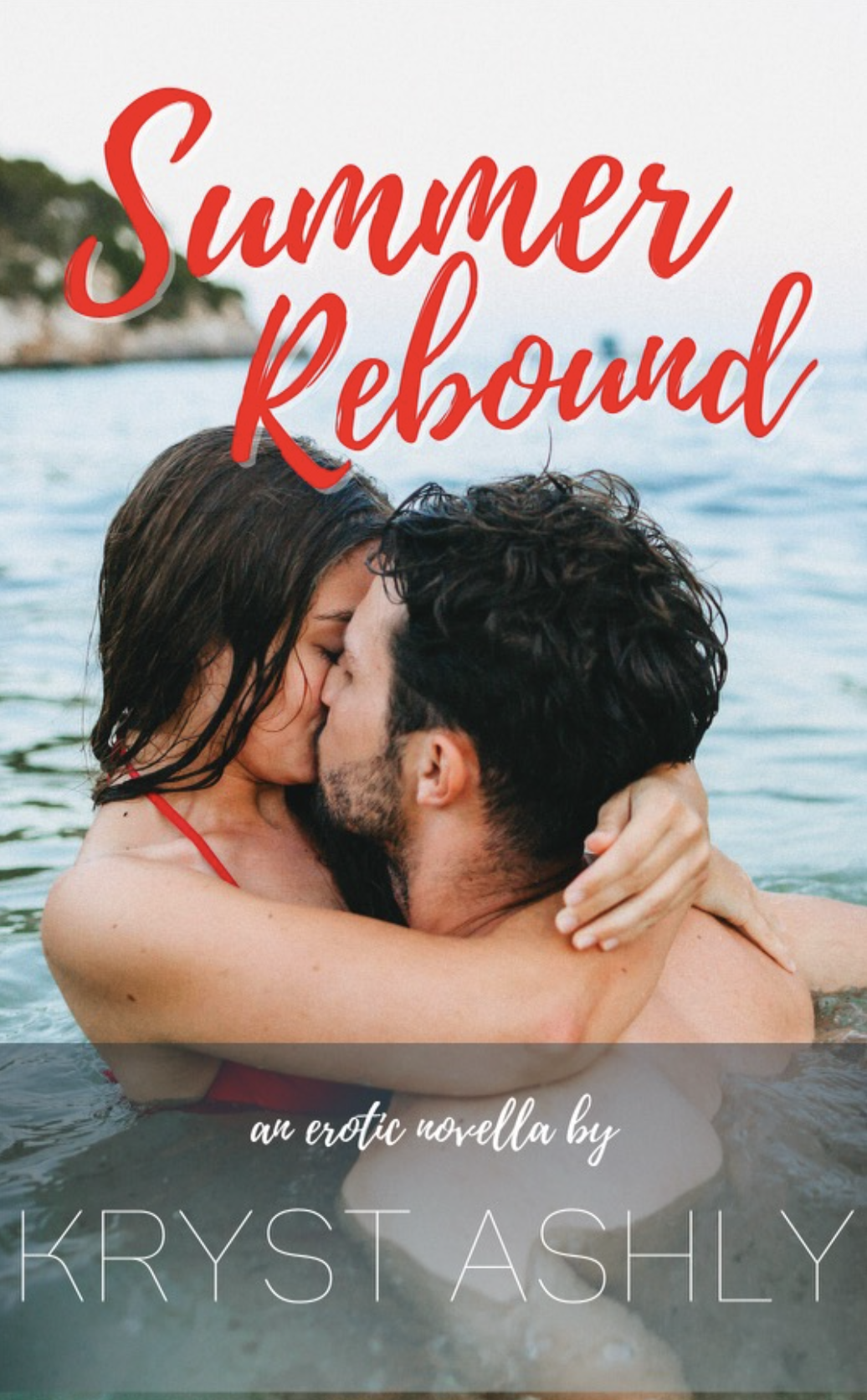 From steamy flirting and illicit kisses at work to our first time while our friend was sleeping in the bed next to us. Well, we hoped she was asleep. I’m getting ahead of myself here. Let me back up a little.

I discovered my boyfriend cheating, and I decided to give him a second chance. I know, so dumb. >insert eye roll here<
They say hindsight is twenty-twenty, after all. But I digress.

When I finally found the courage to move on with my life? Well, I never expected to fall into the arms, and bed, of Damon Blak. He was everything I didn’t know I needed. And THEN some. If you catch my drift.

Hi. I’m Crystal Carlisle and this is a story about staying true to myself and finding freedom in making hard decisions. It’s a story about going after what I desire, despite how others may perceive my actions. But most of all, it’s a story about knowing I did ALL of these things because it was good for ME.

Warning: This book contains strong sexual content and language.
It is intended for mature audiences only (18+). 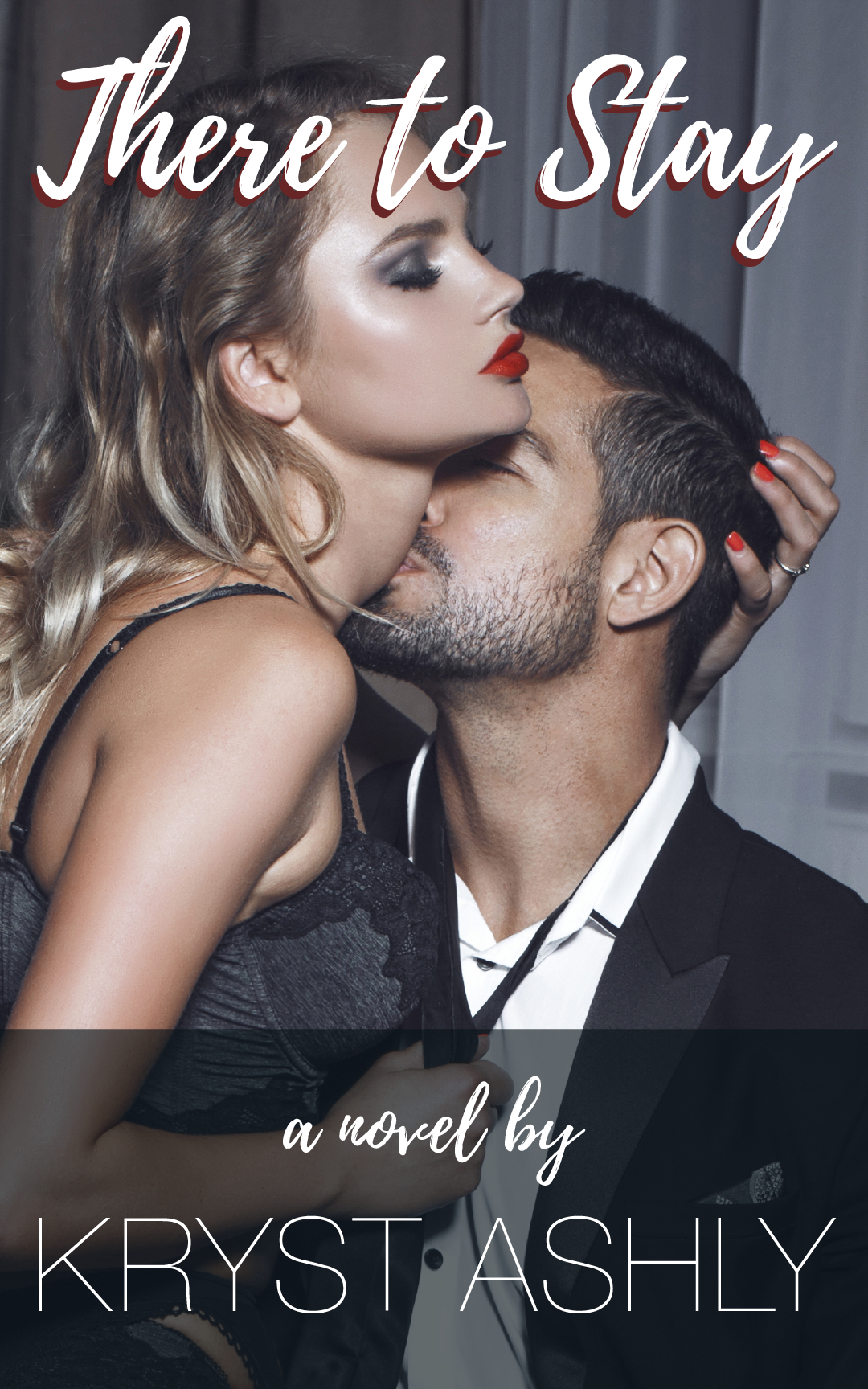 After the disastrous Fall Ball, where the details of Leslie’s sordid past were aired for at the entire town to hear, Leslie has skipped town. In her attempt to escape the heartache she now suffers, Leslie finds herself in the heart of Sin City. While there, she finds herself a new job and tries to put the thoughts of a certain sexy cowboy out of her mind for good. The only problem is it’s not working. Her heart aching for connection and her defenses down, Leslie finds that her past has caught up to her a lot sooner than she’d hoped. Now, she’s in a dangerous situation and this is the first time in her life she’s actually had someone to reach out to for help. The only question for her now is, will he be able to forgive her for leaving and come to her rescue?

Leslie is long gone and Trace has no idea where she could be. He has called in reinforcements to help find her but now it seems that the town has, once again, put the blame on him. Trace finds solace in alcohol, self-loathing, and an unhealthy trip down memory lane to the last woman he allowed into his life. One phone call in the middle of the night renews his desire to find Leslie and he sets out on his own investigation which takes an unexpected and bizarre turn into his own past. His only concern is finding Leslie alive, but will he be too late?

Find out the answers to all your questions you had from from Tempted to Stay, the first book in the debut duology by Kryst Ashly. 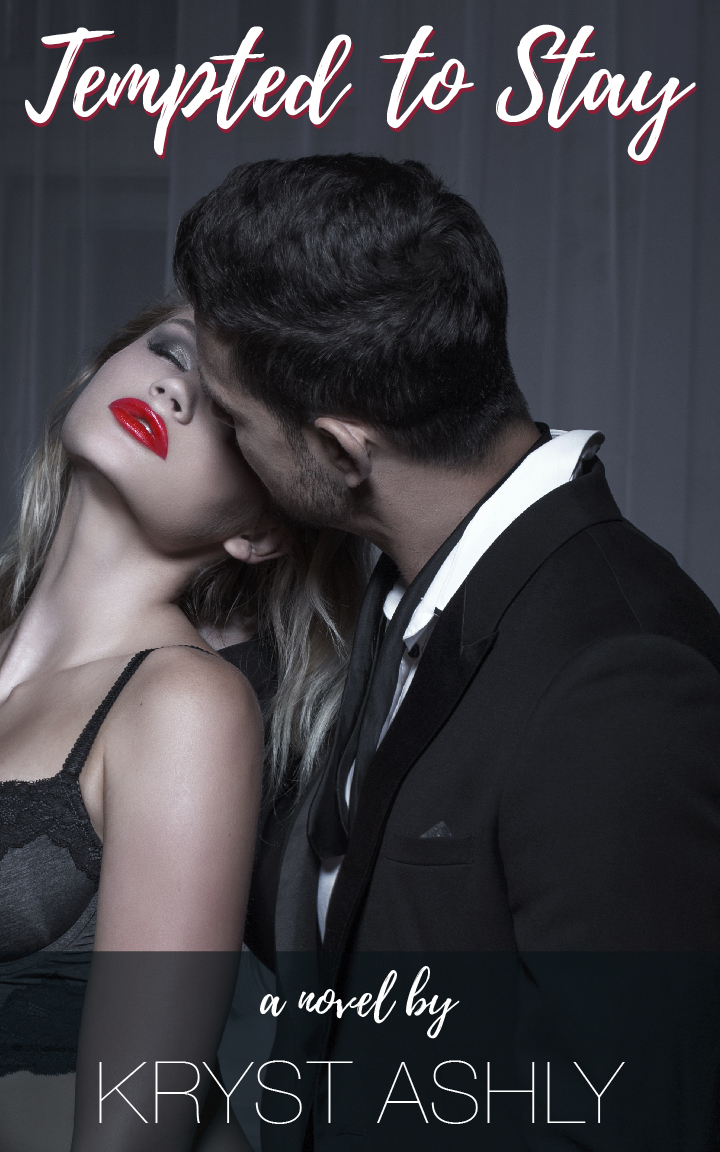 When he offers her a one night stand, no strings attached, that’s something Leslie can handle, especially since she’s not sticking around long.

Entanglements never end well for Trace and Leslie comes from a past that forces her to keep everyone at arms length. It’s the only kind of relationship they are willing to commit to…as long as they follow the rules.

Will they be able to resist each other, or will Leslie be Tempted to Stay?

Kryst Ashly resides in New York in a sleepy little town in the Catskill Mountains and dreams of owning a beach house someday. Besides writing, she loves reading, chocolate, listening to Mariah Carey, and cheering on the Green Bay Packers. She has two crazy children and one hilariously sarcastic husband who always keep her on her toes. When she’s not writing, she’s spending time with family and friends, running a small business, cooking, baking, and failing miserably at folding gobs of laundry. 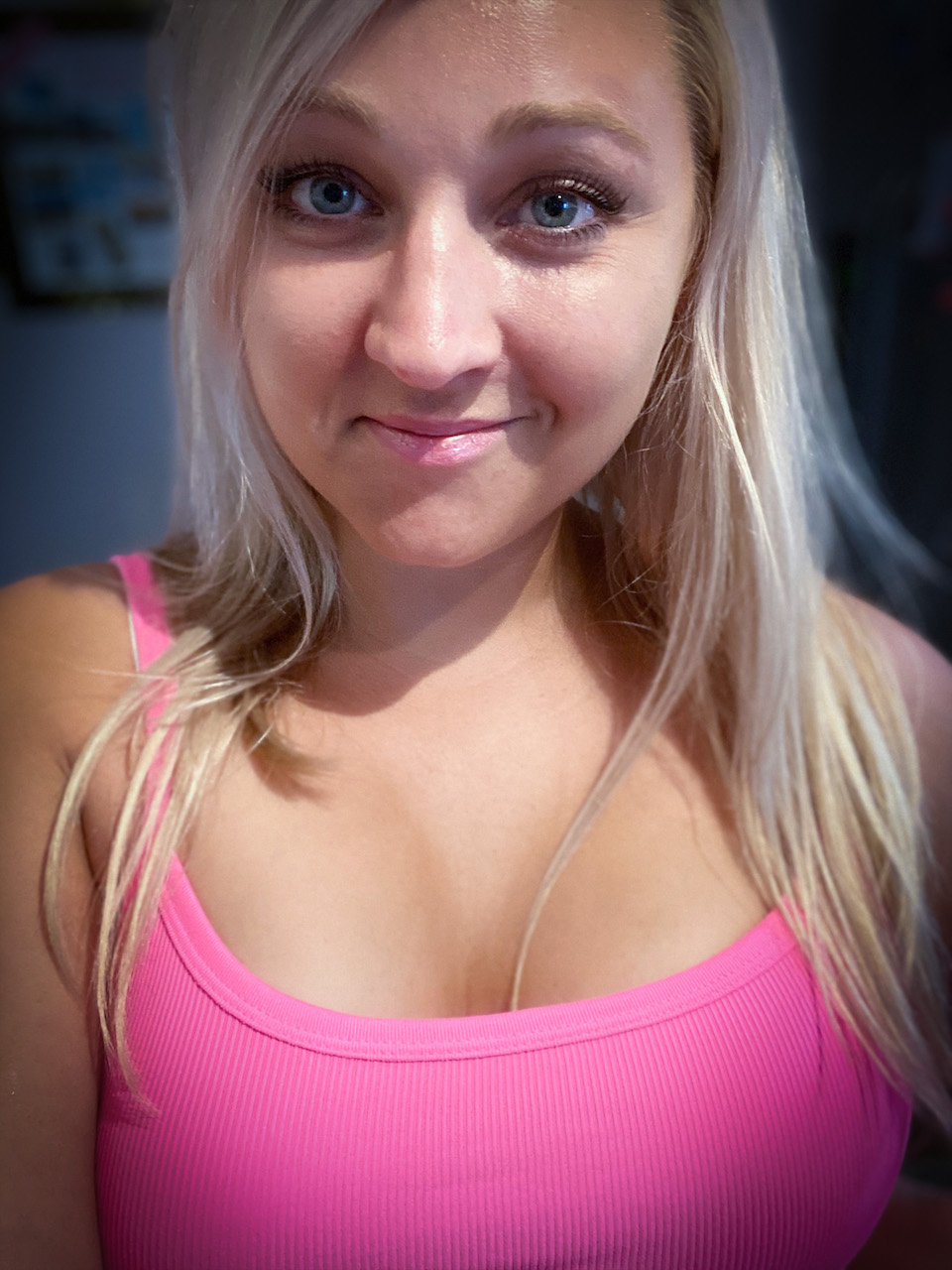 I was captivated from the very first word and could not put this gem down until the very end!

{
Tempted to Stay is a sweet and suspenseful romance that sweeps you up into its pages. You dance through its pages waiting to see how the love story will unfold.

3 words to describe this novel: Playful, Smart, and Hot. Ashly created a fun world to read. The descriptions were great, passion was hot, the vocabulary enriched the story, the plot was logical and intriguing, and her characters were layered.

That was the BEST ending…I WANT MORE!

– A. Murray, reader of ‘Tempted to stay’

Subscribe to my email list to receive notification of updates, blog posts, promos, upcoming book releases, events, and more! Tempted to Stay is available NOW on Amazon in paperback and for Kindle. Order yours today!

Stay tuned for info regarding upcoming releases from Kryst Ashly!

Details will be updated as information is available for the upcoming launch of her newest series! Engage with Kryst Ashly on social media, play games, meet other authors, have a chance to win copies of her new book, and most importantly, have FUN from the comfort of your own home! 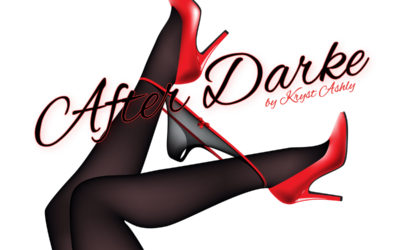 Pure Sin Grant The entire time I made my speech, I found it difficult to keep my eyes off the seductive blonde in the red dress staring at me from her table at the edge of the stage.  Her ice blue eyes bore into mine whenever I allowed mine to be drawn back to...

The Contract Scarlet - 5 years ago Vix looked at me and tossed a Manila folder across her cheap, scratched up desk. She never even tried to make her office look welcoming. The windows had no curtain. The stark white walls were bare and the desk held nothing personal,... 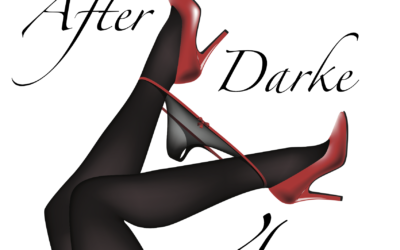 HOOK, LINE, & SINKER Scarlet Present Day “Well, a deal’s a deal.” I muttered under my breath.  I checked my reflection in the mirrored wall of the elevator as I rode it up to the executive floor of Lyghte Technologies, Inc. It’s where Grant insisted I meet... 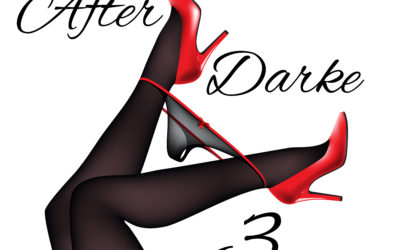 18+ Recommended. Trigger warnings, Strong Sexual Theme, Sexual Assault A GLUTTON FOR PUNISHMENT Seven Years Earlier Grant’s tiger eyes glittered at me with barely restrained anger. Blood dripped down his face and splattered onto the white of his untucked button down....

King of ForeplayPresent dayScarlet It was early morning when the knock sounded on my door. I took a deep breath, grasped the handle of my suitcase, and opened the door. Holy shit. It wasn’t his driver after all. It was him. “Grant.” I greeted him, careful to mask my...

Join Kryst's list for updates on new books, events, and happenings that will interest you. Be the first to know!